When I was younger, I thought a mark of a successful person, a successful woman, was one who would say ‘Yes’ to everyone and everything. IF I could be one of those superwomen, who does everything, and who is able to balance everything, then I would be successful.

As you can imagine that was a tall order to fill, not only for a person like me, who’s in essence lazy, but also, for anyone on this planet. No wonder there are so many women who are going on Riddelin, and other over-the-counter stimulants, to balance out everything that they need to do in their busy overfilled lives.

The First Time I Started Saying ‘No’, I Felt Like Such A Loser

Learning from the media and from all of these power superwomen, I realized that I wasn’t up to the task. I couldn’t do it. I couldn’t keep it up for too long, without burning out. Or worse getting hooked on alcohol, caffeine, or some other stimulant.

I decided that I wasn’t going to be the perfect anything. The only thing I wanted to be was perfectly happy. That would be my goal. As long as I was happy, everything else could go to shit. This decision took a lot of rumination and self-reflection. After a bunch of journaling, value work, and other internal work, I realized that I didn’t care much about money, friendships, or relationships. It was nice to have those things, but they weren’t important to me. They weren’t paramount to my internal joy.

But, I did want certain things on a daily basis in order to be happy. These five things were freedom (of thought, time, and more), creativity, community, beauty/nature, and health. Without these five things, I felt like I wouldn’t be living my most self-actualized life.

From that point on, the path was simple (difficult but simple). All I had to do was weed out, and cull out anything that didn’t agree with the five values. As I started looking at my life, I realized I had said ‘Yes’ to so many things, that weren’t part of my value system, because of pressure from the external world.

The horrible thing was that when I started saying ‘No’, I was made to feel like such a loser. I wasn’t good enough. Lazy. Worthless. Non-committal. Impulsive. Can’t stick to anything. And so much more.

The Pressure To Comply Comes From Many Different Sources

This beautiful world we live in has a lot of unwritten rules. The societies we live in, depending on the country, and the age we are in, has certain unwritten rules that it has created for the current residents. It changes with time, and with the tide.

Drink a bottle of Soylent, and forget about eating delicious foods. That’s a waste of your time.

Get up early, and go to bed late. Sleep is for losers. You can sleep when you are dead.

Balance? Who needs balance? If you need to be successful, you need to hustle, until your eyeballs are popping out of your skull, and you don’t know your name anymore.

The pressure to be someone else comes from so many different sources. My parents had so many ideas for who they wanted me to become, because of their own stories, and their own life experiences. Case in point, my mother could never become a doctor because she was too poor, so she wanted me to become one. My father could never get an MBA because he was too poor, and too busy making money to support his family, so he wanted me to get one, and become the CEO of a well-known company.

These are just two examples. I followed both paths for a bit, only to realize, they are not for me. Thankfully, I was able to, after a lot of internal struggle, say ‘No, thank you’ to both paths.

I Felt Like Such A Lazy, Good-For-Nothing SOB For Saying ‘No’

The first time I said ‘No’, I felt like an idiot. The arguments against me were many. “Oh, but it won’t take you too long to do this. Why not just say ‘Yes’? Wouldn’t it just be easier to say ‘Yes’? Finish it quickly and move on to the work you actually want to do?”

It’s actually sometimes easier to say ‘Yes’, and then waste time on things you don’t actually care about, then to say ‘No’, and feel like an idiot.

That’s the ultimate thing with everything. Are you going to accept some temporary pain, the pain of saying ‘No’, and coming across as a lazy SOB? Or are you going to say ‘Yes’ to avoid that pain, and end up spending hours on some project or deed that you don’t give two shits about?

Limited Time Means I Cannot Have Even A Single Distraction

That’s nothing. That’s really nothing. I am not, absolutely not, wasting them on tasks that I despise doing. Tasks that suck my soul out of my eyeballs, and make me weep. Tasks that are absolutely a dreadful waste of my talents, skills, and abilities.

I refuse. I just refuse.

There’s so much pressure from people to say ‘Yes’. Random people will come up to me and say, “You are a published author. Can you read my book? Or can you read my synopsis? Or my whatever.” I write a lot and I am prolific, not because I sit around reading other people’s stuff. But if I say ‘No, I can’t, I’m too busy’, it means, that I lose a friend or an acquaintance, because they think I am selfish.

I am great at so many different things. One of them being building beautiful websites, having built so many of my own. Which means, again, that people will come up to saying, “Could you build my website for me?” And I always have to say ‘No, I can’t’. But they always retort with the statement, “But it would take you an hour to build one, and it’s going to take me forever.”

When I Say I Don’t Have The Time, It’s Nothing Against You

So many people will take me saying ‘No’ to their projects or work, as a slight against them personally. It’s nothing against you, folks. I am way too busy working on my projects, and my stuff, to be spending time slighting the people in my life. Not only do I not have time for drama, but I don’t want to create unnecessary strife in my life.

That’s not part of my agenda or my value system.

But so many people will take it as such. They think I am against them, or I don’t like them, or I am trying to be cruel to them.

Um, no. That’s not my intention at all. My intention is to do my work, and that’s all. As simple as that. If that means that I don’t have time to work on your projects along with mine, or to answer all of your questions that are found easily by Googling, or to listen to you rant about your boyfriend for the fifteenth time, then that’s that.

I have limited time on this planet, and I really do not wish to waste it on nonsense. Seriously! I am going to die soon, and I want to spend this time, that I do have, these precious few seconds on saying ‘Yes’ to things I really care about, and ‘No’ to everything else.

It’s actually surprising to me how easy it is for me to say ‘No’ to things now. It has actually become my new favourite words.

But I am not saying ‘No’ willy-nilly, without putting any thought into it. Of course not. Every option, every opportunity, every thing that comes at me, I spend a few minutes or hours thinking about whether it fits in with my agenda, my mission, my vision, and my values.

I am not dismissing everything without considering it at first. There are so many opportunities that came randomly at me that I said ‘Yes’ to, that I am so grateful I said ‘Yes’ to. Like moving to Chiang Mai, and starting a YouTube channel, and more.

But, when they first came flying at me, I really, really wanted to say ‘No’, because of fear, and because of time restraints.

Because saying ‘Yes’ to one thing, means you will have less time for many other things. Especially if you want to do things right, which I do. If you are not going to do a half-assed job at it, then you are going to need the time and energy for it. Which means, you are going to have to say ‘No’ to a bunch of other projects, and people.

Remember that! And with that in mind, remember to say ‘No’ to 99% of the random things that the world throws at you. It’s all garbage, and it’s all random shit that is going to be pull your attention from the important stuff that truly deserves your attention.

Don’t Feel Guilty For Saying ‘No’ Even To Loved Ones

I moved to Chiang Mai to work on my business, and to work on my goals, and values. Toronto wasn’t fitting in with my value system anymore, so I moved.

But I had to hear a lot of guilt tripping for that. “Your parents are old. They need you around. They can die at any time. We miss you.” Etc.

I had a really hard time with this one, because I felt so much guilt, saying yes to the things I loved and wanted to do with my life, as opposed to spending time with my family. I’m so glad that I took the path that I did.

But, I know that the guilt almost overwhelmed me. I almost let it get to me, and prevent me from taking the plunge into living this life, this amazing, ideal life of mine, that otherwise would have been lost to me.

I would never have known this amazingness was possible!! Shame on me, if I had let a little bit of guilt take over my brain, and kept me from living my ostentatious, authentic life.

I’m not saying, it’s going to be easy to say ‘No’. In fact, it will be one of the hardest things you will have to learn. I implore you to learn it, though. It is absolutely crucial to you living your self-actualized life, the best version of your life. Otherwise, without the word ‘No’, you are going to be saying ‘Yes’ to everyone else’s idea of the perfect life for you, and that’s not fun. Believe me, I have lived it for almost my entire life, and it is absolutely stifling, and suffocating.

Why do so many people hate their lives? Or find it boring? Because they aren’t living the version of their life that they want, but living someone else’s dictations of it for them. Stop doing that!!

Why Do So Many INFJs Ignore Their Intuition, When It’s Truly One Important Superpower

The Pause Is As Important As The Note 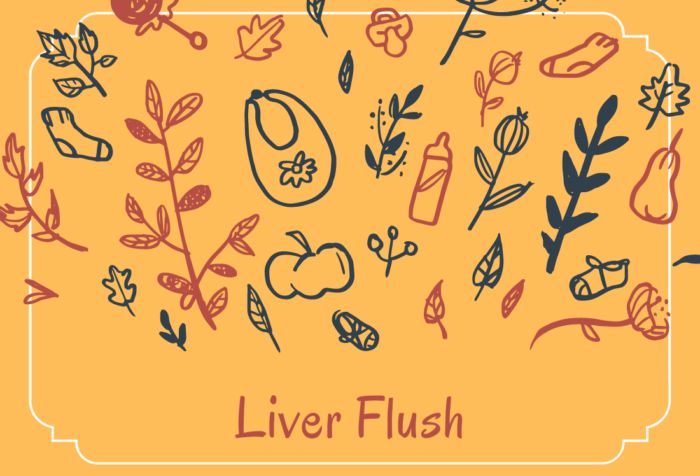 Want to Learn More About How to Do a Liver Flush?
Toggle the Widgetbar