I love the digital nomad lifestyle. I really do. But I have to say, you never really know what living in a country will be like, until you actually move there. You can read a ton of blog posts, or watch a hundred videos; but until you live in a country for at least a month or two, you won’t know the real deal.

This is where I come in. I’m trying to show you the real picture of Chiang Mai living.

Everyone loves it here, and raves about it day in and day out. I love Chiang Mai too, but I can be a little objective about it. Like every other country in the world, it has its ups and downs. It has its pros and cons. Yin and Yang. You get the picture.

There are six main things I’ll focus on in this post. Maybe more stuff will come as I’m here longer, but for now, here are the top six things no one tells you about moving to Chiang Mai. Booya!

I’m one of the lucky ones in Chiang Mai (CM). I don’t have asthma, or any brochial or respiratory problems. I’m also really fit, from years of yoga, and running. So I don’t actually notice the air quality much. I do notice a layer of grime on my body when I go home after a long day outside. The air quality bothers people and it should. That’s a lot of exhaust a lot of us are inhaling on a regular basis.

Does this mean, I’m telling people not to visit CM, because of freaking air quality? Not at all.

I’m just telling you how it is. Some people will be bothered by the air quality and many others will not. If you have any sort of respiratory issue though, forewarned is forewarned.

Now if car exhaust, and motorbike fumes weren’t enough, there is also burning season. From Feb to April, farmers burn their fields, so they can make way for the new crop. It is a necessity for poor farmers, whose livelihood depends on these fields. But for everyone else, it means, that the city is covered with a thick layer of smoke for those two months. Not only does it become harder to breathe, but most of the city seems to have a tendency to empty out during that time.

Chiang Mai Community Sucks You In (Work Becomes An Afterthought)

This is my own fault. I got sucked into the vortex. It doesn’t mean you will as well. But CM has such an awesome community with such a lot to do that it is virtually impossible not to attend at least some of the amazing events that run weekly. For me, I went a little overboard, and ended up going to voice lessons, improv theatre, watercolour painting, writing workshops, nomad coffee club meet-ups, and CM girls lunches every freaking week.

It was a lot of socializing for poor little INFJ me. I loved it though. Sad part was I didn’t get a lot of work done during that time. Once I realized that fact, I had to stop saying ‘Yes’ to every event, and bow out of some, so I could stay at home, and WORK, which is why I initially came to Chiang Mai.

Oh, how the tides change…

You Will End Up Running A Workshop For Free

Yeah, I know. You are not the workshop running kind of gal (or guy). You like to stay in the background. Sure, sure. That’s what I told myself too.

I am an introvert for god’s sake. But as soon as someone asked me to do a workshop on creativity, I jumped up enthusiastically and said, ‘Yes, Sure, Why Not?’

I surprised myself by my enthusiasm, and I was equally surprised by the show of support by the community when 20 people showed up to attend my workshop!!

It’s not only me. Several other people have ended up creating workshops on the randomest of topics, like, Build Your Own Christmas Tree, and Learn How To Speak To Your Inner Child.

There Isn’t Much Dancing In Chiang Mai

I was actually surprised by this at first. I was expecting a lot of house music, and parties, just like the Full Moon Parties, or the Khao San Road scene in Bangkok. But CM is decidedly quieter. I think it’s because everyone wakes up early here to work on their business, and then spends all day going from workshop to workshop learning and doing. By the time, nighttime rolls around, we are all mentally and physically exhausted. So we all fall asleep early.

Or that’s my theory for myself. I am a dancing fiend, and I have gone dancing only once in the two months I’ve been here.

The Food Continues To Astound Me

Not only is the quality surprising, and the cost cheap, but the food is so delicious in CM. I’m constantly surprised when I find new street food vendors that bring to me plates filled with delicious new meals.

I have recently discovered Khao Soi and I go to this one vendor by Chiang Mai gate. Oh my god! I want to marry the couple who cooks at this stall. It is one of the most delicious soups I have ever had. Seriously, my mouth is watering as I write these words down.

With its goods, and bads, CM is a great city to park your behind in for a few weeks, months, or even years. I wholly recommend it.

If you are interested in learning more about my Digital Nomad coaching services, email me at boomshikha at themillionairehippie.designextreme.com dot com. Cheerio!!

Chiang Mai Is The Flow Capital Of The World 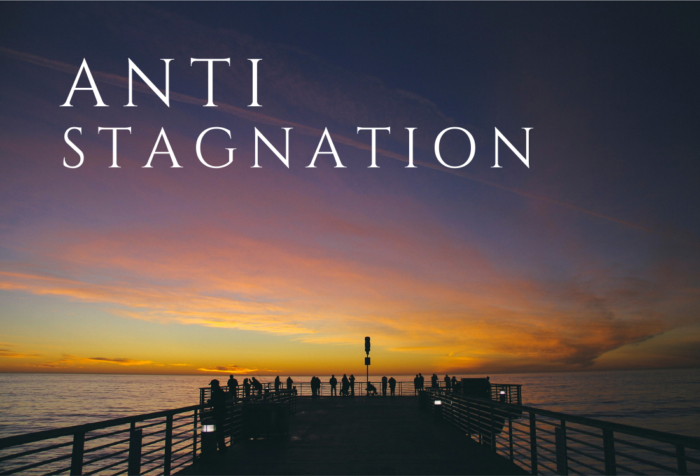