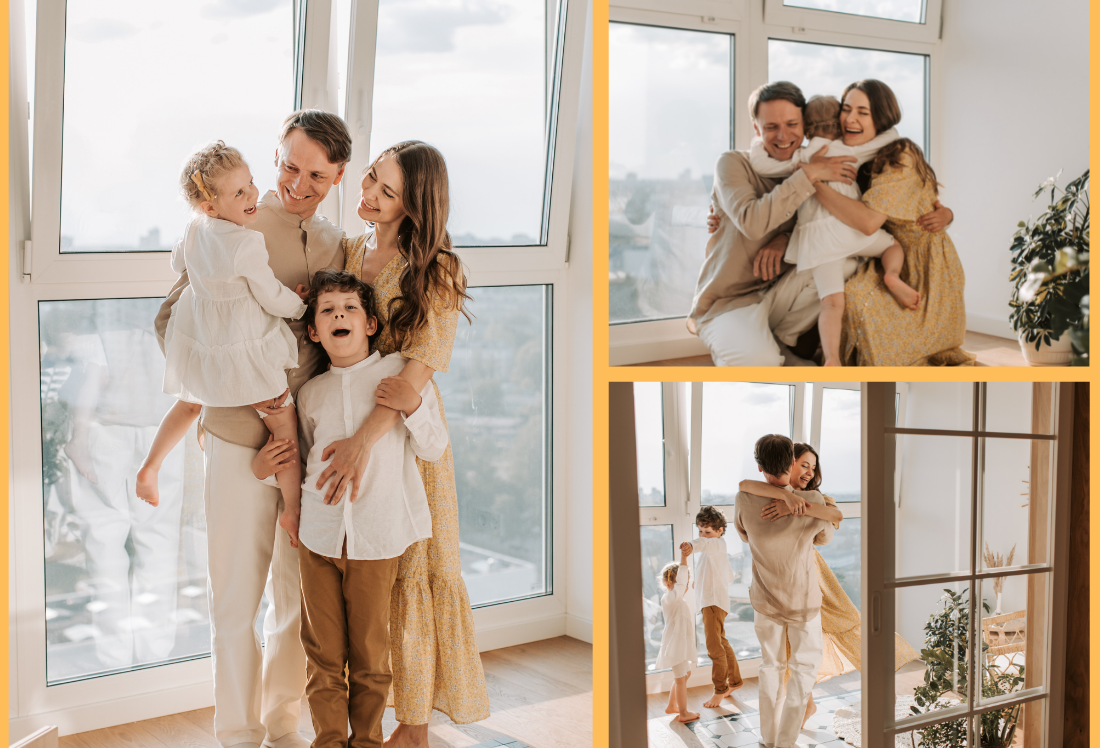 Let’s chat about the importance of belonging in this blog post.

That no one on this planet was like me, and that I was going to go crazy before the end of my life if I ever got there.

I believed I was an alien that was planted here, for some weird experiment. I didn’t understand the point of me, my existence, my life.

I kept on believing that there was some reason for my existence. I had to believe that because if I didn’t, I would have gone insane, or I would have killed myself a long time ago.

I am not saying, I am special in any way. Many people on this planet feel the same way. They feel out of place, and therefore, they think that they don’t belong.

The Importance of Belonging Will Consume You

These people generally behave like fish out of water. They are in a certain place, they are born there, they live there, but they never gain a sense of belonging.

That belonging, that need to belong somewhere, is so pervasive among us. We need it. We want it. We crave it.

Now, if you have had that belonging sense at all in your lifetime, then you don’t need it as badly. But for people like me, who have never really had it, you feel like you will die without it. You want it so badly sometimes that you can’t breathe without it.

Now, most people who are born out of place, think that it’s them that are the wrong ones. They are the mutations, the defective human. They are told over and over again to just fit in.

If A Flower Doesn’t Bloom, You Change The Environment, Not The Flower

I read a quote recently that put this into perspective for me. It showed to me, the flaw in most people’s thinking.

“When a flower doesn’t bloom you fix the environment in which it grows, not the flower.” – Alexander den Heijer.

I wish I had gotten this lesson a long time ago. When I felt out of place in the countries I lived in, I thought it was me. It must be me, it had to be me, it can’t be anything else.

But now, I realize that it wasn’t me. It wasn’t that the environments were bad in any way. That’s not it. It’s just that they were not suited to me.

Chiang Mai (CM) Changed My Perspective On the Importance of Belonging

The only reason I realized the distinction was because I moved to my soul city – the city that was jibes so well with my spirit, that it makes me whole. I didn’t know such a thing existed.

The same thing happened to me with this living in the wrong city for me. The wrong environment.

I lived in all of these other places because my parents moved there, but also because I didn’t know any better. I didn’t know there was something better out there for me.

I didn’t know that. I had no idea.

If I had known, I would have bought a one-way ticket to paradise (for me) a long time ago.

As soon as I moved to CM, I realized something was different. That low-level feeling of things being off was completely gone.

I felt whole and complete again as I was, without any changes. I felt weirdly good about myself, without doing anything major.

What the hell was going on?

At First, I Mistrusted The Importance of Belonging

Because I have lived with that sense of feeling out of place for so long, at first, CM seemed weird to me. I knew there must be something wrong with this scenario.

It can’t be as perfect as I imagined it to be. And of course, CM has flaws.

It isn’t perfect by any means. But it is perfect for me.

My spirit is in sync with this city and it makes me sing. All the time. Literally and metaphorically.

Life is good here. I love it here. I am so happy that I want to dance all the time.

Love is my first name. I love everyone. I hug everyone.

Dancing through the empty streets, I prance over to my apartment joyous every day. It’s a little sick how happy I am here.

But as I said, at first, I was mistrustful. I didn’t know what was going on and I didn’t think it could be anything good.

How could this feel so right? This doesn’t make any sense. I must be losing my mind.

So I thought I would go back to Toronto and everything would be alright.

Now, how do I explain to you the difference between Toronto and Chiang Mai? There is no way for me to explain it. I can’t explain it.

I tried to explain it to my parents, and I floundered for words. I really couldn’t say why, I loved Chiang Mai so much more than Toronto…

This is what I ended up saying to them. “I feel happier in Chiang Mai. I am not happy here. Something’s off about Toronto, but I don’t know what. All I know is that I need to go back to Chiang Mai, to keep on doing what I was doing there because that’s my path.”

They looked at me mystified. I understand completely, I thought. I am mystified myself.

What is this going on here? What am I doing here? My parents, my poor hard-working parents, worked like dogs to move us to Canada, one of the best countries in the world, and I am moving back to the same developing world that they worked so hard to get us out of??

I felt like a fool. No one else seemed to understand the importance of belonging, except, of course, the people who lived in Chiang Mai.

If You Love Chiang Mai Like I Do, You Get It

When I tried explaining this whole thing to the people, the friends, who lived in CM already, they got it, instantly. I didn’t need to explain myself to them.

They understood, completely, absolutely, without words. They nodded with me, as I spoke, and I felt so understood.

I wanted to cry.

But that’s how it is. That’s why the importance of belonging is so high.

In the land of the insane, everyone seems sane. But to an outsider, we all seem insane.

I asked my friends in CM if they had a hard time explaining this life to their families back home, and they said resoundingly, Yes, a hundred times, yes.

That made me feel a little bit better.

You Are Not Insane, Neither Am I

But then I decided to write this post because, for the longest time, I believed I was insane. I know now that I am insane, but in a way that says, I’m different from the rest.

I need a different environment to bloom. I’m not a dandelion, but an orchid.

Dandelions can grow anywhere, they are very hardy, and they bloom at the drop of a hat.

But orchids, man, oh man, they are so freaking fragile. They need a lot of care and special attention to bloom. But once they do bloom, they are so beautiful.

I knew once I moved to Chiang Mai, that I was a damn orchid. I needed a lot of damn special attention to bloom, but once I bloomed, oh man, my life right now is just perfection. Just absolute perfection. Just gorgeous perfection.

Magic, magic, and more magic everywhere. Synchronicities, all the time.

But that wouldn’t have happened if I hadn’t been brave enough to realize that I need to change my environment.

That’s why this post is important. Perhaps, you are one of those people who think they are absolutely out of place. They feel weird, awkward, and misread.

Maybe, the only thing you need to do is change your environment to bloom as an orchid would? Maybe?

What Are You Doing To Distract Yourself From Your Environment Right Now?

I used to ask myself these questions of myself all the time. I mean, all the time. The urge to belong was so ingrained in me. I wanted it badly.

But I couldn’t do it.

I’m sure if I tried harder. If I worked more at it? Maybe if I pushed myself a bit harder?

It would all work out, right??

You can’t squeeze a square peg into a round block no matter how much you squeeze out the edges. Seriously, it is a losing battle, and you cannot do it. You just can’t. So don’t even bother.

It is crucial, absolutely crucial, more than finishing all the seasons of Game of Thrones, that you find the environment correct for you.

Right for you. Made for you. Tailored for you.

Now, you must be thinking, it’s not that important, is it? I mean, it will happen when it happens, if it’s meant to happen.

Perhaps, it will. But, you need to put your back into it, because if you don’t, you will end up at 34, like me, having lived in the wrong environment all of your life, and clueless about how to change it.

The importance of belonging cannot be dismissed.

That’s all I can say on the subject matter. Yes, you could do it later, but if you just knew how much blossoming awaits you if you do make the move right now, you wouldn’t dilly dally one more minute. You would change your circumstances, right now, without another thought.

You would go look for your soul city right now. Because that’s how important it is. It is crucial. Crucial.

Final Words On Belonging And Feeling Out Of Place

I do want to say one more thing about belonging. I am not saying that I completely belong in CM. I’m still quirky and weird and convoluted.

But CMers get it. They know that about me and they let me do my own thing.

That’s why I feel like I belong here. Because they don’t try to change me.

They don’t tell me how I should be. Or what I should do. They are letting me be.

That’s the thing about belonging. I felt out of place because people told me to be more like them and I couldn’t. I feel a sense of belonging now because I am still weird, but everyone around me is alright with that. They don’t give a rat’s ass.

They are letting me do my own thing, as I do the same for them.

Belonging might mean something different to you. I don’t know.

But I do know that for me belonging has a lot to do with living and letting live.

The Importance of Belonging

There are moments even here that I feel out of place, but that’s alright. That reminds me of the uniqueness of all of us.

We are all so different and unique and cool in our way. We will never be able to fit in completely with each other. It’s not possible. But the importance of belonging is all, all of us want.

Once you get that, you will never want to go back again to feeling out of place. That’s how powerful that feeling is.

Finally, this is all again my opinion, but if you already feel good enough being where you are, stick with that, but perhaps, find a community online that will make you feel the importance of belonging so that you can negate the sense of being out of place in the real world. 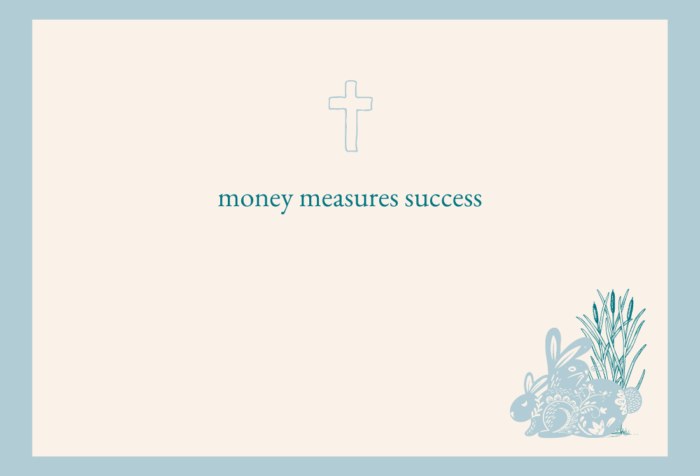 Is A Project Only Successful If It Makes Money?