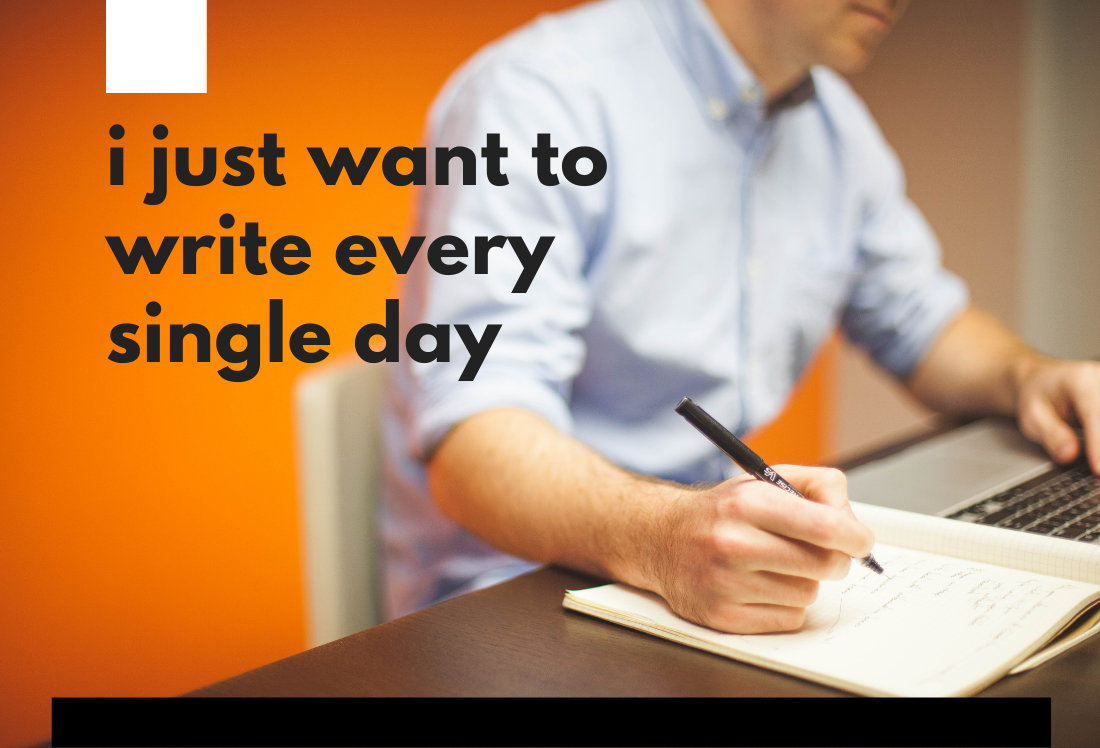 This is a desciprtion of my journey of how I just want to write and I want nothing else.

I was doing my own yoga practice the other day, as usual, by myself. I love doing yoga practice on my own because I can have so much more control over the moves that I choose.

Tailoring my yoga practice to my body’s specific needs rather than taking a generic fits-for-all class. Which I love.

As I did my yoga poses at my own turtle-like pace, I heard someone slide open the yoga hall’s door, and ask me if I could teach her a few yoga poses as she had never done yoga. It was one of the local Thai girls who worked with me, very sweet, petite, and quiet. I said, yes, of course, and started doing the poses a bit slower than normal, to show her how to slide into each one.

She is a smart girl, so she was able to copy my moves almost exactly without a lot of guidance or coaching. I had a thought slip into my mind as I did my moves, thinking, there isn’t much difference if you look from the outside in, between me and her.

I have been doing yoga for about 8 years now, so compared to her, I’m kind of an expert. But if someone walked past the yoga hall and saw us both practicing, they would see two individuals doing exactly the same yoga moves, with similar efficacies.

I Just Want to Write, Seriously

That’s when I realized that in a lot of ways, the expert doesn’t look much different than the amateur. Especially from the outside in. If I think about myself, maybe 8 years ago, when I first stepped into a yoga class and did the poses, the only major difference I can think of, is that I am so much more body-aware now.

Now, when I do the yoga poses, I am doing them not only physically, but energetically as well. I feel each pose to its entirety. My body moves and I know the subtle movement of my body, not just how the pose looks like from the outside in. It’s hard to put it into words, but I can definitely say that my practice from 8 years ago looks very different to now, at least from the inside out.

But, if you or someone else saw me practicing 8 years ago, vs. now, there would be no discernible difference from their side. They wouldn’t see any difference at all.

That fascinates me! Absolutely and utterly.

What Is The Difference Between An Expert And An Amateur?

The difference in some people’s opinions is the number of hours and work that they have put into their craft. The 10,000-hour rule, of course, leaps to mind.

But I think it’s more than that. You can tell the difference between a professional basketball player, vs. one who just dabbles in it because the expert’s movements are more fluid and such.

Mostly though, they are different because an expert has a different mindset towards the game. There is a difference from the inside out.

If I use the example of a yogi who has been performing for several years, vs. one who has just started, there would be subtle differences in the way the two use their muscles. The new yogi perhaps would put more strain on their ligaments and tendons. Maybe he/she would also have a harder time holding the poses, without feeling tired, or distracted.

These are just some differences, but I’m sure you can think of many differences between your expert self and your younger, less experienced self. If you think about it, the differences themselves will be quite subtle, and small.

Nowadays It’s Easy To Proclaim Yourself An Expert

If you have a few dollars, you can buy some business cards, and a website and you are the CEO of your own awesome expert business.

But if you have ever hired a coach or a graphic designer, or an auto mechanic, you can definitely tell the difference between one that has been doing their job for a long period of time, vs. one that has been working at it only for a few months.

You wouldn’t necessarily be able to tell instantaneously. Perhaps, their conversation and their sales pitch would be really similar. Everyone knows of those instances where they have been fooled by an amateur into believing that they are actually an expert.

But as the work progresses, you will instantly see the difference between an amateur and any expert out there. There will be myriad differences between the two that you can pinpoint.

Why does everyone want to be a so-called expert nowadays? Well, experts obviously get paid more to do the same job as opposed to being an amateur. But also, there is this sort of aura and magnetism that is associated with being an expert in your field.

If you are an expert in your field, presumably you have spent thousands of hours working at your craft and perfecting it. That’s what everyone wants to pay for. Those hundreds of hours of work, and practice.

I know this to be true because I was once in that same boat. I knew that I would have to work at my craft for hundreds or thousands more hours before I would be minutely good at it (writing being my chosen craft).

But as with most people, I was lazy. (Note: I still am lazy).

In the past, I didn’t want to spend hundreds of hours, writing, and practicing, and learning about my craft. I just wanted to write, and have it come out perfect, and then become a major writer, known by everyone on the planet. That’s all.

I didn’t want to spend hours working on my craft. I just wanted to become an expert. I wanted to drop into expertness, through sheer talent or luck, or chance.

Now, I know that the only way I am going to become better at the writing craft is by writing hundreds and thousands of words every year. I write a thousand or more words every single day now.

It is one of those things for me. Like breathing. I wake up every day and the first thing I do after my morning ablutions and morning meditation is write 1000 words.

Every single day. That is my life.

It’s interesting to me when people come to me and ask, “So when will I know that I am done working on my craft and that I’m officially an expert?”

This question is hilarious to me, because I know for myself, the more I write, the more I realize, ‘Oh god, I have no idea what I am doing.’

There’s so much to learn to be an expert. The game is always slipping and sliding under your feet.

That’s the whole point of being an expert. It’s never at your fingertips.

Even the people out there who are called ‘experts’ know that they aren’t truly at the finish line, and they will probably never get there. It isn’t something to work towards anyways.

If You Are Obsessed With Becoming The Expert, That Path Isn’t For You After All

There is this Zen adage that says, “If you meet the Buddha on the path, kill the Buddha.” Somewhat violent and graphic.

But the essence of it is that if there is anyone ever that says that they are experts (the Buddha), that means that you need to cut them down right away because there are no experts out there. The more you think you are an expert, the more you cut yourself off from learning and growing.

Obsessed with Becoming an Expert – Meanwhile, I Just Want to Write

But also, if you are obsessed with becoming an expert in a particular field, then I wonder what you actually truly care about. What are you working towards? Are you actually interested in becoming a writer (or a musician or artist), or are you just interested in the accolades that you believe are coming your way if you become that glorious expert?

People always ask me, why I write so much and publish so much? What is it all for, they ask?

I am not doing it to become an expert. And that’s what you will notice with a lot of people who love their craft.

They work at it because they love it. They ‘might’ become an expert in the process, but that’s not something they care about.

That’s not important to them. To them, the most important thing is to spend time on their craft. That matters the most.

The interesting thing about creativity and writing and everything related to it is that you could write a million words in your lifetime, and it’s still not a guarantee that you will become an expert. There is no guarantee at all.

You could end up an obscure writer, who never gets read. Or you could end up like Franz Kafka, who got no recognition at all for his writing while he was alive, but was acclaimed a brilliant writer posthumously.

If that’s the only reason you are working at it, then perhaps your priorities are a little screwed up. If you are going to spend so much time on some craft, just so you can get rich, maybe you don’t care about the craft that much at all. And perhaps, it would be a better idea for you to find another avenue to make the moolah.

It shows, and I know you wouldn’t want to be one of those people. Especially if you really care about your craft.

I say this over and over again to everyone around me.

Every single waking moment. I just want to be writing all the time.

Writing is my life, and I am grateful for it. I don’t know if I will ever be able to say that I am done learning about writing.

But I can definitely say that I love it so much that it wouldn’t matter anyway. Whether I am an expert or not, it isn’t important.

I no care about that (English be damned). I just want to write.

I am happiest when I am writing.

Is it any good? It doesn’t matter.

As long as I am writing.

Results Oriented To Process – How To Focus On The Right Stuff 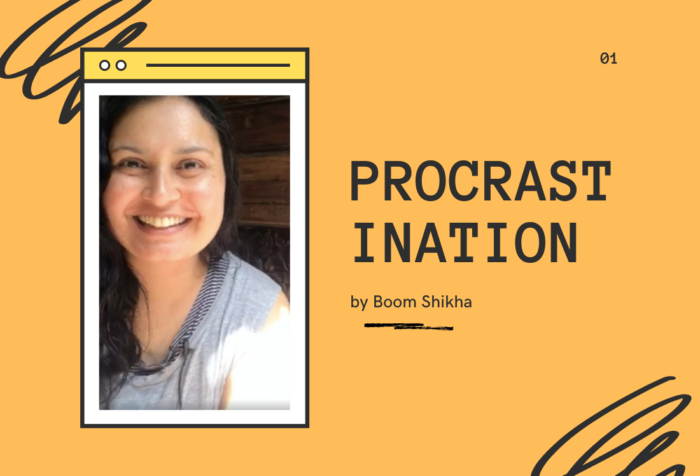 Skipping Work, Somedays, Seems Like the Only Thing to Do 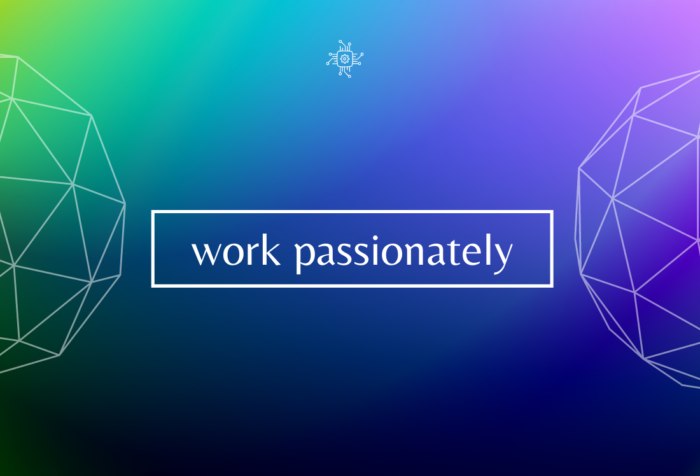 Why Are You Getting Annoyed When You Have To Work?
Toggle the Widgetbar