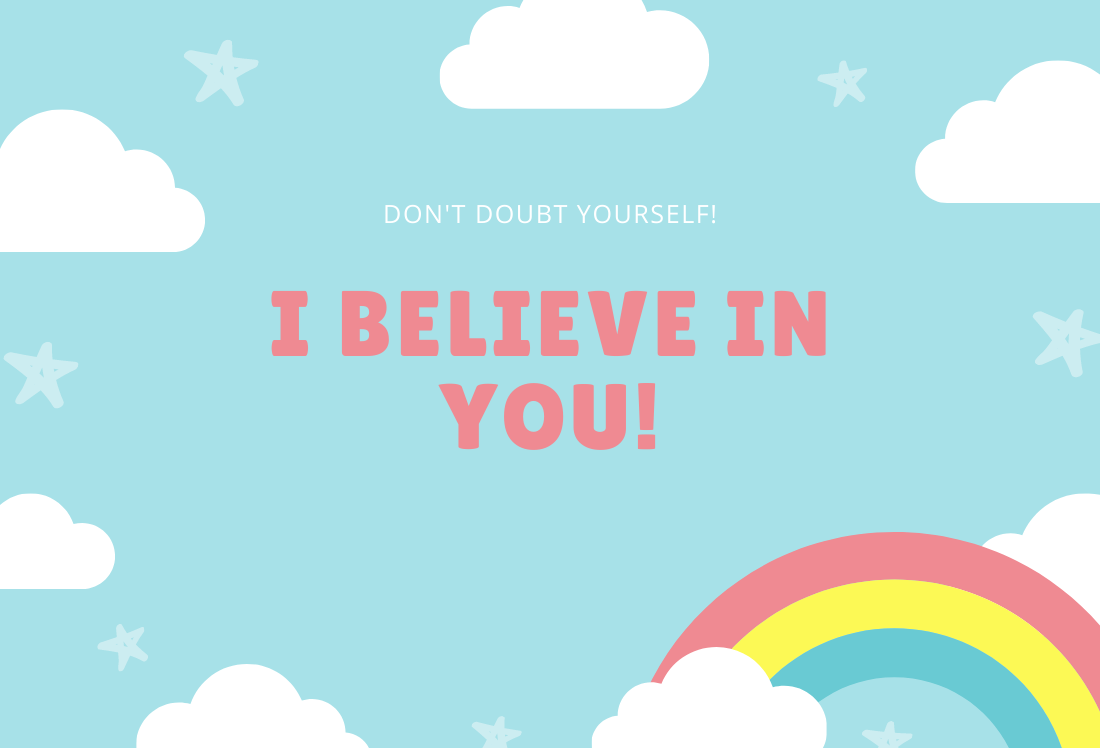 It’s much harder to love and to believe. To believe and to love. Can you relate to this? Keep reading to find out some of my thoughts on this subject.

If It’s Easy to Doubt and Easy to Hate, Why Try the Opposite?

The thing about living with hate, doubt, and vengeance is that it’s a hard life. It’s a debilitating life. Doubt and hate suck the lifeforce out of you. They make you feel like life isn’t worth living anymore. You don’t want to bother with anything anymore. Everything seems shady, slimy, and dusty to you. Not worth it. Not worth the effort.

You probably know people like this. They have gone into the deep end of doubt, fear, and hate. They have so much bitterness congealed into their soul that nothing else can enter. No amount of light can change their viewpoint on the world. They look at the world with their tempered and contaminated eyes. Nothing good permeates them.

Maybe you are one of these people yourself. And you can see how hard it can be to live like this. It’s degrading and terminally exhausting. Even lifting up an arm to move a pencil seems like a huge effortful thing. The life force, that Prana that runs through you has been blacked out so much that it’s running in trickles, rather than waterfalls.

When you decide to live focused on the negative aspects, it becomes quite easy to believe that it would be better not to be here at all. Suicide becomes the only possibility. Life becomes a burden. Living becomes torture.

When You’ve Tried It Both Ways, You Know Which Way Is Easier On Your Soul

If you are in your 30s or 40s (or even older), you’ve probably tried both ways of living already. You’ve gone to the bitter angry end. And you’ve tried the loving, believing way.

The choice is always up to us. The universe doesn’t ever force us to live a certain way. It doesn’t say, hey, you better spend the rest of your life in love mode. Like a good parent or caretaker, it lets us try it out on our own. It lets us venture into both sides of the pool and see what works for us.

So we experiment. Consciously or unconsciously, we try both sides of the equation. We try being bitter. We try the hate. We plunge into the anger. We dabble with doubt. It seems hard. It feels difficult. Our soul feels heavy.

Okay then. If we are open to it and we haven’t spent too much in doubt mode, we try the other side.

We try believing in people once more (even though we have believed in them a dozen times before and they have always disappointed us). We spend time sending love and good blessings to everyone around us even if they are being a pain in the arse.

We become reverse paranoids where we believe everything in the universe is happening for our good. And our souls feel lighter than ever. It feels like we could fly if that were physically possible in this dimension.

So, in Fact, It Isn’t Easy to Doubt, It’s Very, Very Hard

That’s the funny and ironic thing about life. If asked, everyone would say that it’s easy to doubt others and hard to believe in them. But when you go a bit further into it, you realize that the opposite is actually true.

The fact of the matter is that it might start off easy, hating and disbelieving everyone, but what if someone comes along who you want to believe in, how do you deal with that?

Let me give you an example from my own life. This is something I have been dealing with for so long now. I used to tell myself that I have a hard time trusting men because let’s be honest, men can be jerks and dishonest assholes sometimes. Thus, I started forming this worldview that ALL men are to be doubted.

There’s no men out there to be trusted or believed in. I decided to make this belief system. Okay fine. Easy enough to execute, right? Any time a man comes along into my life, the default and only way to deal with him is to doubt and disbelieve him. Cool.

BUT, the universe is smart. MUCH smarter than all of us combined. I kept on meeting men that were nice, smart, and kind. They were good people and I was having an extremely hard time melding them into my worldview of ‘all men are assholes’. I tried, but it didn’t work.

What Are You Focusing On? The Good, the Bad, or the Ugly?

Eventually, I met so many good men that I had to throw my worldview out completely. There are too many good people in this world for us to stick with the negative worldview anymore.

It depends on what you are focusing on.

I will give you another example. I get a surprising number of trolls on my YouTube channel. It’s surprising to me, because my channel at 13k subscribers is tiny, and I wonder if people really have nothing else better to do than put derogatory comments on my channel. Either way, I get trolls posting hateful comments on my feed.

I usually take screenshots of these comments if they are especially juicy and rank, and send it over to my friends and sister. Everyone should get a laugh out of it, I think. Once, I send my friend a screenshot and she said, “It’s terrible how humans think. There are two really nice comments on this screenshot, but you only focused on and marked out the negative one for me.”

It blew my mind. That was true. I did read the nice comments that said that my channel was a treasure and a godsend for the person, but I ignored it. And focused entirely on the negative comment. Why did I do that?

There is the negativity bias to contend with, where our minds have a greater pull towards negative events and negative thoughts than positive ones. But I am used to reading negative comments. I should be able to ignore them.

But that’s how easy it is to doubt myself and believe that everything I do on my channel and for my subscribers is useless and I’m a blight upon this world.

Now I try to focus on the nice comments and ignore the hateful ones. It has changed my perspective on the online world immensely. It also helps that I am able to block anyone who is negative and never deal with them ever again. If only the real world was that easy!

This doesn’t mean that you are a terrible person though. It just means that you are a person who has lived in the world, learned, and lived to tell the tale again. That’s all.

The same applies to everyone around you. It’s easy to doubt them, but guess what they are doing the best they can. They truly are. Even if their best falls short of your high expectations, they are still doing their best. And you could be doing your best in loving, believing, and trusting them.

Also, guess what? If everyone is like you, doubting themselves, then if you could be the one person who believes in them, can you imagine what a difference that would make in their life?

What do you think of this article? Let me know in the comments below. 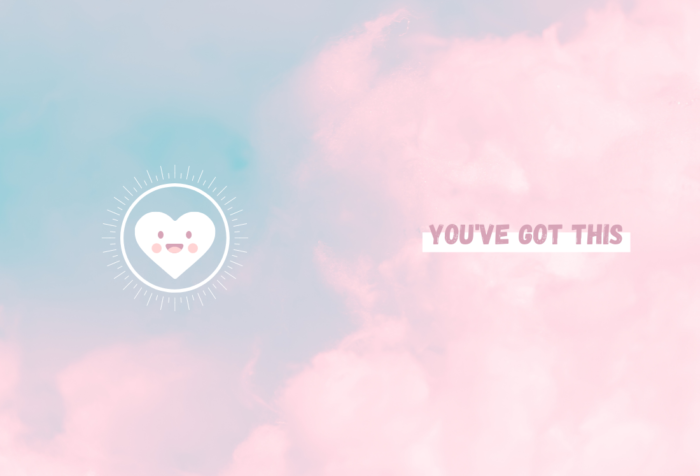 Hold Your Heart if You Feel Doubt or Fear 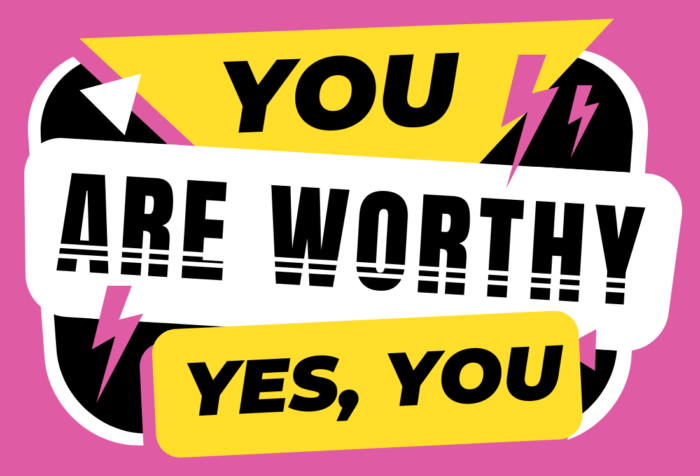 The World Can’t Give or Take Away Your Worthiness 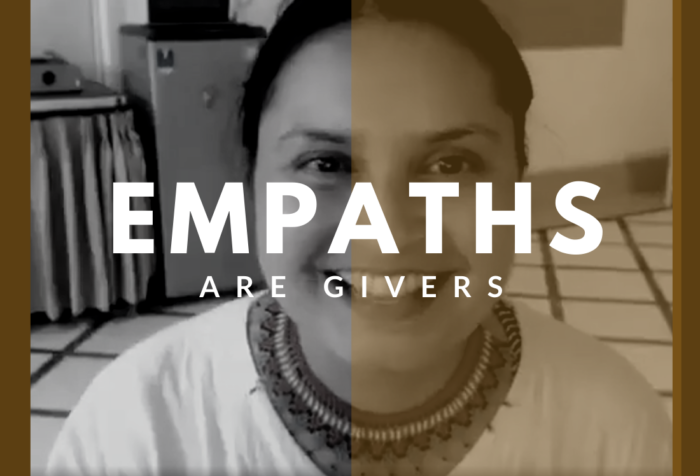