Every single person I speak to, who has a big dream or even a small one, has a similar story. They might have just started on their path or they might be at their dream already. No matter what, they have all have a similar tale to tell.

It begins something like this…’I was walking down the street, and a coconut fell on my head..’ Sorry, wrong story. Let me try again. ‘One day I decided enough was enough. I am going to live the life I dream of, even if it kills me.’ And they go on and tell everyone they know of their dream (their first mistake). Every single person they speak to, looks at them with fear and anxiety in their eyes.

‘But how will you pay the mortgage or the bills? And you know 80% of businesses fail. 95% of actors never actually make it. 92% of bands end up playing in clubs and never going anywhere….’ A thousand stats will be thrown at you, all of it designed to deter you from clawing up out of the insane reality that is our current reality.

What Exactly Is Going On Here?

When I first had this happen to me, I was astonished. All of these really nice people who genuinely cared about me were telling me not to go for my dreams. What the hell is going on here? Really?

I didn’t understand why all of these people were so intent on telling me ALL of the different ways in which my dreams would fail before I had even started. Even accounting for the fact that this might actually happen, what is the actual point of telling me this? You think I am going into it thinking that it’s all going to be smooth sailing until the top? You really think I’m that stupid?

But at some point, a person realizes that they have spent way too much time dreaming about a certain kind of life, and it’s now or never to try scrambling at it. So that they don’t have these dreams when they are on their death bed, and they aren’t filled full with regret and sorrow over a life un-lived.

So I plunged in, despite all the warnings.

But I was concerned for these individuals.

I Never Spoke About My Dreams Again

I learned two things from this expedition. First of all, there are way too many really scared people out there who are never going to hear about my dreams again. I don’t want them throwing cold water all over my dreams even before I have started out of the dream stall. Second of all, I realized how strong I really am, because despite all of the naysayers, I still went after my dream life.

I learned that when you are first beginning out into a venture of this sort, it is highly important to keep all of your cards close to their scared little chest. Keep it close and don’t chatter about your stuff. Unless, you know the person is going to be highly supportive.

Why? It’s not so you can only have people pouring rainbow and sunshine all over you. It’s not so you are completely oblivious to all of the obstacles and negative stuff that will come up. I think we all know that life isn’t a steady rise to the top without any steps back. We all know we take one step forward and one back. We all know that any dream that we undertake will involve a lot of trials and tribulations.

I Know The Road Will Be Hard

Essentially, we are not stupid.

But what we need in the beginning of such an endeavour is a support system. We need people who will tell us to keep on going when we are feeling like stopping. We need those people who stand by the side of marathon runners and give them water and cheer them on. On mile 1, mile 5, mile 13, and on mile 22. We need that support. We don’t need naysayers.

I have a great naysayer right in my head, thank you very much.

Seriously though, the censors and critics in my head say much worse things than any of those individuals could ever say. I have a constant battle brewing right in my head against my dreams. I don’t need more fuel added to the fire in the form of friends, family, and every single person I meet telling me that I am going to fail.

The road will be hard, and arduous. It will be miserable, but I am doing it for a reason. I want to get to my dream. I want to be able to say on my deathbed that I followed my dreams, and lived my life to the fullest. No regrets!

Success Comes Slow And Not At First

I didn’t succeed at first.

They were right about that.

I think it’s like the universe wants to test us at first. It is testing our gumption or our courage. Our dedication or our love for the path. It tries us with a failure or two, a misstep or two, and sees how we react. Are they going to quit now or will they keep on going?

The correct thing to do is to keep on going beyond these miscellaneous corrections. They are just like the market correcting itself. Most of it is just noise, that we interpret as the big poobah. Just ignore it. It’s nothing.

It’s a test. Pretend you are used to this kind of stuff, and get used to it, and move on.

I am not saying success isn’t great when it comes, but if we only did this for the success, then we wouldn’t really enjoy the journey. We would be miserable our entire life, until we reached that end point, and then what?

I love the process, and the journey. Loving challenging myself in all of these different ways, I would keep on trying and working on my dreams, forever. I love who I am becoming due to this journey. The people I am meeting, the places I am visiting, and the person I am moulding myself into. It’s all really magical and it isn’t something I would give up for the world.

I love it all.

The success when it comes, and I know it will come, will just be the cherry on the top of a life really well lived. Boom!

Do People Call You Lucky? Why Do People Attribute Success To Luck?

People Be Like, How Much Money Are You Making Now? 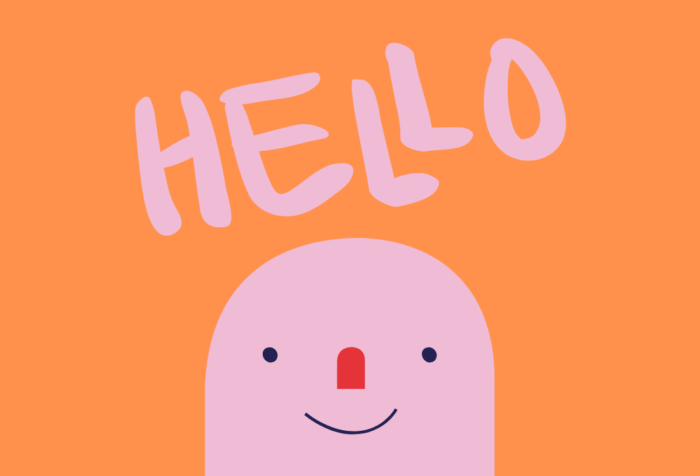 INFJs Are Magnets For Toxic People
Toggle the Widgetbar