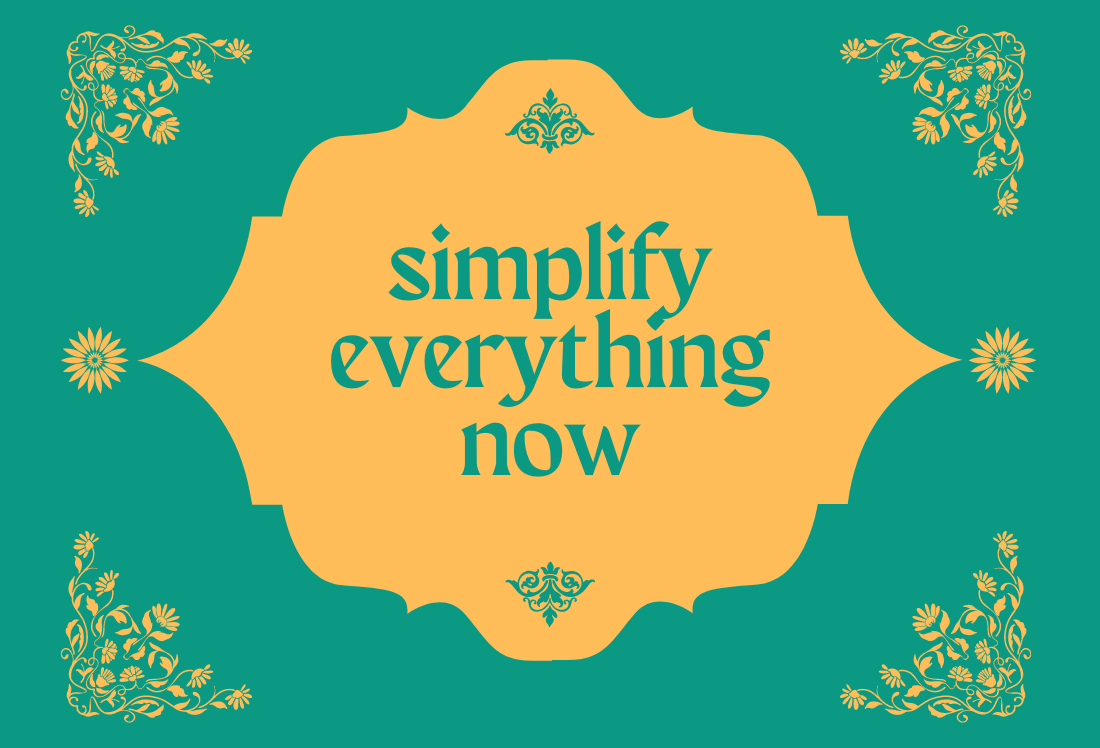 This post is all about the philosophy I follow – simplify everything now. A few months ago, I heard this story about entrepreneurship from Denise Duffields-Thomas who wrote the book, Get Rich, Lucky Bitch. It exemplified for me the importance of going back to the basics, of taking back control by making things as simple as possible.

She said this, “A few years ago, I was at a conference for six-figure income business owners who wanted to move to the next level. I had a six-figure business, but I wanted to get over to that next level. I wanted a seven-figure business. And in my head, I was imagining that I would have to do all of these crazy things to get there. Then, an individual who had a seven-figure business got up to speak to us about how he ran his business. As he started speaking about all of the different things he did, I realized, happily, that I did the same things as him. I was already doing them! It was just a matter of keeping on going, and waiting for momentum to build up.”

This story is brilliant to me for so many reasons. But the main thing that it shows me, is that people always think that they need to do all of these fancy-schmancy things to move over to the next level. Or to do anything great.

I think society perpetuates this idea, that we need to do something really difficult and crazy to get to our dreams, whatever they might be. Because if it was simple, then everyone would be successful, rich, and famous, right? The fact that most people are not successful, rich, and famous, proves to us, in a convoluted manner, that they require some difficult, magical, and secretive steps that we are not privy to.

We don’t know how to get there, because we imagine it’s something difficult.

Most people want to believe that it isn’t possible for them – that they cannot reach their dreams anyways. So why not just waste our time, Netflix, and Chill, and while our lives away, waiting for that moment when we die? Why not, indeed?

Only certain special gifted people can get to the epitome of success because they are special somehow. This is, of course, a myth that was busted a long time ago, but again, we don’t want to believe it.

If we believe it, then that means that we have to realize that the only reason we are not successful is that we are lazy, and procrastinators, and we are just not focused enough on what we want, and working on what we need. That’s a hard pill to swallow. Well, it was for me.

From a very young age, I was fascinated by successful people. I would forever be asking myself, “Why are these particular people successful? Why them, and why not me? What qualities do they have that make them so awesome? What makes them so confident in themselves?” These questions haunted me from when I was about 11 or 12 years old.

I knew that I could be a success as well, but I was confused as to what I needed to do to get there.

The older I got, the more I realized that society is stacked in a way that prevents people from believing that they can be successful as well. Everyone tells us that success requires complicated steps that you couldn’t possibly take on. So why not just do your little job, and go shopping to buy the things that you don’t need, until one day you die from old age or illness.

Too cynical? I don’t think so.

I was told these things as well, over and over again. Whenever I wanted to try a different course of action, so I could move towards that life that I dreamed of, freedom, travel, and creativity, I was pushed back to the traditional realm. Don’t take chances, don’t take risks, don’t do anything outside of normal.

Don’t bother trying to be successful, because it doesn’t matter anyway. You are not special enough to get there. You don’t have all the secrets.

Success Is Actually Quite Simple – Simplify Everything Now

As I spent a lot of my time reading about successful people, and trying to figure out what made certain people successful and what made others, not so much, I could only see one common thread among all of them.

The simplicity of it was so cruel that it bit me in the ass. I felt like it couldn’t be so simple, could it? I mean, it had to be harder than this.

Could it be? Could it be as simple as just being consistent over a long period?

Nah, it couldn’t be. Could it?

I noticed over and over again, that successful people were the ones who were successful because they loved what they did, they would do it even if they weren’t paid for it, they worked hard at it, over a long period, and they kept on going with it, even when they became successful.

If you are one of those people who thinks, “I just want to make a million dollars, so I can quit everything, and then sit on the beach, then I am sorry to inform you, you are probably not going to make that million dollars.”

The people who make the big dough, really, really care about what they are doing (if you are going to send me exceptions, let me remind you that there are always exceptions to every rule).

We Complicate Not Only Success, But Everything Else

When I started applying this theory of simplifying things over to everything else, I realized that I had been complicated things in every aspect of my life.

What are these things for you? How have you been complicating them, and how can you come back to the basics?

Complications Tire Us Out And Stress Us – Thus, Simplify Everything Now

Why does it matter? Why does simple matter so much to me? Because I see people every day who are complicating their lives, and I see how tired they are, from all of the complications.

Now, you might be saying, “But, Boom, I can’t simplify everything now. My complicated life comes from outside forces that are out of my control.”

Before you start whining about this, I have to say that I used to believe the same. I believed that all of the complications in my life came from the outside.

Which is not true.

I complicated my life. I did it to myself. We all do it to ourselves.

That’s why it’s important to simplify everything now.

I pass by a little rock on my walks every morning. It says, “Stop the glorification of busy.”

That can be translated well to complicating our worlds, and our lives. Instead of focusing on the simple solution to something, we always look for something more, something better. It can’t be that we can do things the simple way – that is just too easy.

We always believe that if the way is complicated, then it should work. If it’s too easy, then it probably won’t work.

Do you know what I’m saying? Even my blog posts are 2300 words or longer now because that’s what people like and that’s how much I love to write (I like the sound of my voice, what can I say). I could have said everything in this one sentence, “Keep things simple. Period.”

We live in a world where simple isn’t good enough. It’s not going to get us places, or that’s what we think.

Thankfully, because of the advent of minimalism, and because of so much illness, and stress due to overcomplicated lives, people all over the world are moving back to simple. They are sick and tired of spending all of their time, money, energy, and most importantly, health, on complicated issues, and situations.

People want to come back to basics. That’s why tiny homes are becoming popular, minimalism is on the rise, and veganism is growing at an exponential rate.

All of this is not just a fad. I think this is a revolution that is here to stay. Even technologies, and software are embracing simplicity.

We don’t want it all. We want things to be simple, easy, and minimalistic.

Now, I don’t want my readers to be people who read but don’t take any action. So I want you to do this.

When you are done with this article, sit down with a pen and a piece of paper. What are three areas in your life that you are going to simplify now?

Those are the three that matter the most to me. I have simplified all of these for me and it has resulted in a wealth of gain for me. What about you?

Please take the time to do this. Sit down and figure out three things you are going to do to make your life easier and simpler in the three of the most important areas to you. Whatever they might be.

And then, implement. There’s no point talking about or reading about simplifying, if you are going to go back to a complicated life after, with no regard for your health or future.

Come back to the simpler world with me.

Take the time to remove all complications from your life. Because really, simple works. It does.

Let’s all go back to simple relationships, simple health, simple money, and simple lifestyles. That’s the way into the 22nd century. 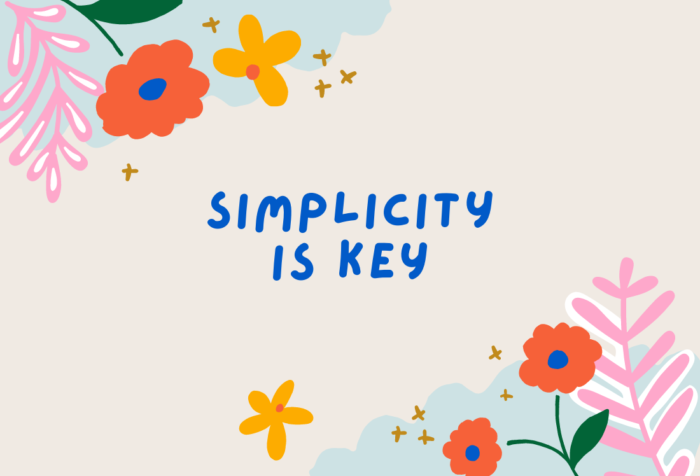 Think Of The Simplest Way You Can Do Anything First

What Is Your Definition Of Success? 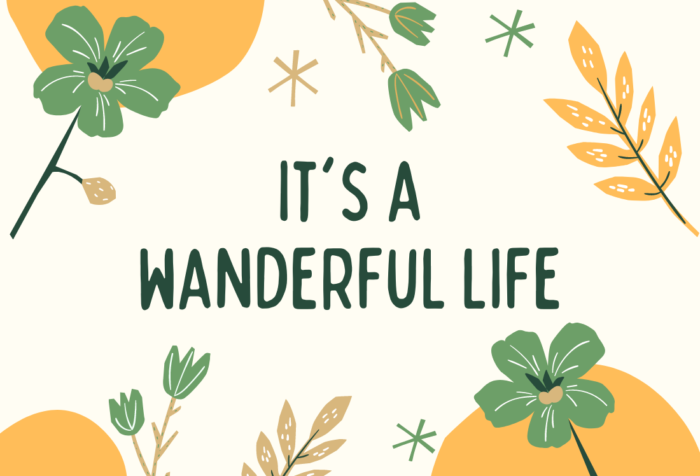 Health, Wealth, and Happiness – The Trifecta Of Good Living
Toggle the Widgetbar