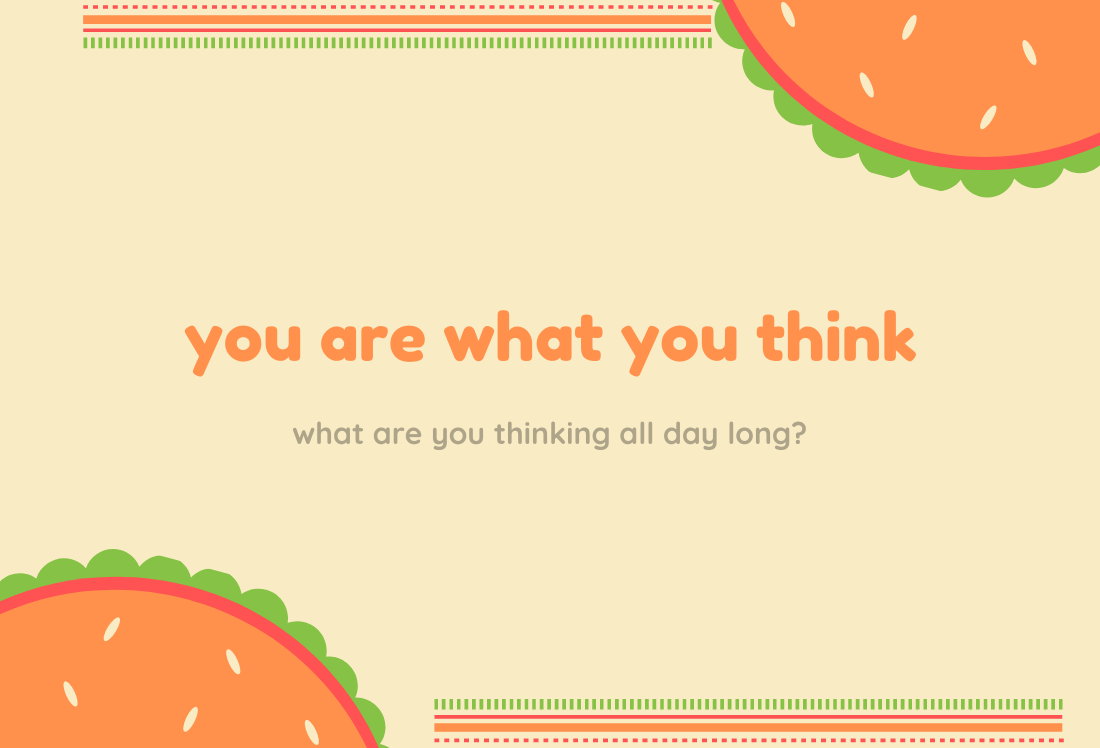 You are what you think. I see this manifest clearly in my life.

A few days ago, I went over with a couple of friends to hike a waterfall near the city. We are so lucky to live here in Chiang Mai. There are lots of waterfalls, and forests right around the corner from our homes.

We rode on a motorbike for ten minutes and we were in a jungle area. It was a fun and difficult hike, at least for me, as it was a hot day. But when we got to the waterfall, the cool water dropping on our heads made it all worth it.

Why am I telling you this story? Well, this is what happened when we were standing by the waterfall. The water was coming down with some great force, and I said, without thinking about it, to a friend who was standing a bit too close to the edge, “Be careful. Don’t fall down.”

You Are What You Think – They Form Your Life

Of course, you could look at this as a major coincidence. But as I don’t believe the universe does anything out of randomness, and everything is happening for a reason, I had to take a step back.

I took a few moments to think about what happened. In my opinion, the universe was giving me a clear signal.

Your thoughts are more powerful than you realize. Do not speak or think thoughts that you do not want coming true.

There Is Usually A Delay Between Thought And Reality

The good thing for human beings is that there is usually a long delay period between our thoughts and them coming to fruition. This is good because we think a lot of negative thoughts in a day, thousands of them. If all of them came true right away, we would die a thousand times a day, and we would live a very horrendous life indeed.

But even though we might think something bad, it doesn’t come true right away. Or even if we think about a pink elephant, we don’t manifest a pink elephant in our living room or bathroom right away. That would be a bit of a tight fit, for one thing.

So the delay has been built in to help us out.

In this case, however, there was no freaking delay. I was open to the universe, because of the hike, or the thought was particularly powerful, or whatever the reason might be, but I was able to bring it about right away.

You can’t imagine how that shook me. And also taught me that ‘you are what you think.’

We Are So Much More Powerful Than We Realize

There are a lot of people on this planet who are roaming about in a funk because they believe themselves to be powerless. Because that is their thought process, that ends up being their reality as well.

But a long time ago, in my life, I discovered through reading, and learning, that I am vastly more powerful than I give myself credit for. There is still a long way for me to go.

Even despite being a very powerful manifestor, I still know I can go further. That’s why I am telling you to realize this for yourself.

Even if you are just starting your journey, there is still so much power to be attained. We think we are these bags of bones and blood.

But we are so much more. We are thoughts and pure energy.

Anything you want, you can manifest into your life, without much effort. That’s the problem I think.

Effort Is What Counts In This World, Effortlessness Is Denied

We are taught from a very early age, that if we want to get anywhere, we need to work hard. If you look at nature or any natural phenomena, they do not work hard.

That doesn’t happen in nature.

No one and nothing in nature tries to work harder and faster.

They work at a natural pace, and they remember to take lots of breaks.

The human world is entirely different. It’s built up artificially on these laws that say that if you aren’t working hard, then you must be doing something wrong.

Also, if you don’t work like a dog, then you are never going to be successful, ever.

It is, of course, untrue.

Okay, so don’t get me wrong, my friends. I am not advocating sitting on the couch, smoking pot, eating food, and waiting for all of this joy and abundance to come our way. It won’t happen if we don’t work at it, of course.

This means, you need to put in some effort, but you don’t need to work so hard that you kill yourself. If you do that, you are probably missing all of the signs and signals that are necessary for you to get the clues that will help you succeed faster and better.

Unfortunately for humans, this requires an intricate balance between working hard and letting go equally hard. Something that I haven’t managed to do myself.

I work hard for a few weeks, and then I burn out and I take a few weeks off. That’s not balance. That’s overkill and compensation.

Come to work with a sense of anticipation and joy, but not work until you die mentality.

Where Does Our Power Of Manifesting Come From?

Let’s go back to the idea of manifesting, and the immense power that all human beings hold within themselves. It isn’t the supercomputer brain that you have that is your power, or your opposable thumbs, although they are both nice.

It is the consciousness that can hold thoughts. Thoughts that can then turn into our reality.

How does this happen?

If you want a brief history of how everything works, we would go to Quantum Physics and Quantum Mechanics for those answers. Essentially, everything is made of energy.

Everything is energy. That’s all. There is a little bit of matter in this world, but mostly, and ultimately, it’s all energy.

When we think a thought, we push it out into this energy world. Like attracts like, and our thought like a magnet, attracts that specific situation, idea, person, or thing, into our life. Be it positive or negative, those things are manifesting in your life, based on your thoughts.

Energy creates everything. Our energy matters more than you realize.

That’s Why It’s Crucial To Watch Ourselves Constantly

I think the power of meditation isn’t truly in reducing stress or helping us be more patient. But its ultimate power is that it teaches us to watch our thoughts.

In the past, before meditation (BM), I would have a negative thought, and I would stick with that negative thought for hours on end, even sometimes days, or months. I had no filter to keep these thoughts away.

Now with the power of meditation, my mind is stronger. It has more control over itself. It can stop itself when needed.

So when I have a negative thought now, I can stop it quickly and forcefully. I can replace it with a positive thought, or with space right away.

That is so freaking important!

You Are What You Think – Stop Letting Negativity Run You

For some reason, we are so careful about the people who touch our bodies. We are so adamant about our personal space, and we will fight to ensure no one invades it.

But when it comes down to our mental space, we don’t care as much. It doesn’t seem to matter as much. Why is that?

We let our minds run around like we are crazy people, without controlling them at all. We will have a hundred thousand negative thoughts, and we pretend like that isn’t the reason our lives are absolute shit.

How many times do you stop yourselves in a day from going into a negative pattern of thought, and pull yourself back into positivity?

Pull Yourself Back To Positivity A Hundred Times Or More

Guys, the reality is that there are probably a hundred things today that are going to try and pull you into negativity, if not more.

So the world is against you in that regard.

We need to fight the battle over and over again every single day, and every single moment. There’s no one in our corner except our minds. Our mind is more powerful than we give it credit for.

Your mind is powerful and it can be trained to be stronger, better, faster, and more positive. You are what you think.

Positivity Is Just A Training Manual That Was Missed At Birth

When we were babies, it was easy to be happy and positive. But that manual of positivity and joy was misplaced or lost when we were born. So as we get older, we go into the negative loops faster and easier.

But the good thing that I discovered through training my brain with meditation is that positivity is a learned behavior as much as negativity.

You can choose two paths. But either one is just a path.

It isn’t that you are born this way or that. You can train yourself to build more positive thoughts, and thus, build a more powerful life.

What Kind Of Life Do You Want?

Depending on that answer, you will have to start gearing your thoughts.

I realized when I was living a less-than-ideal life, that I had certain criteria that had to be fulfilled for me to live a healthy, happy, and positive life. A life that was based on those criteria would be my ideal life.

I wrote it all down, and then one by one, I started bringing those things into reality.

This all happened because I stopped saying, “Oh, but that’s not possible for me,” to say, “How can I make my ideal life come true?”

I changed my thought processes and now I am living my ideal life.

You Are What You Think

As I said, I worked a lot to make this happen. But I also let go a lot.

I wouldn’t have moved to Chiang Mai if I had thought too much about it. When I heard about it from a friend, I decided it was a sign from the universe, and told everyone I was moving here.

There was no need to work hard at that decision. It came directly from the source.

When I realized my 9-5 job wasn’t working for me, I started researching and figuring out how I could build an income online, so I could live and work anywhere in the world, and be freer. I did that, and it requires a lot of work, but also, a lot of letting go, and listening to the messages from the universe.

The balance is crucial. We can’t do without it.

Hard work is necessary. But it is also important to step back, let go, and let the answers seep into us. We cannot have one without the other.

Now, when I go back to that waterfall, I am going to be extremely careful. I will not say even for fun or in-jokes, that someone could fall down the waterfall. I do not want that to come true again. 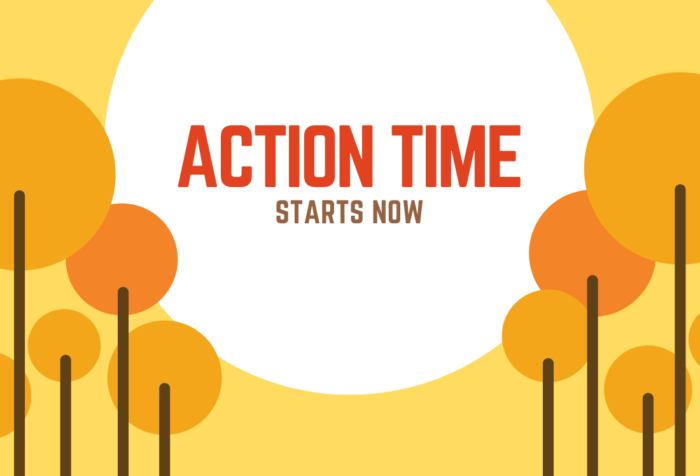 Can We Just Stop Talking About Shit And Actually Do Something? 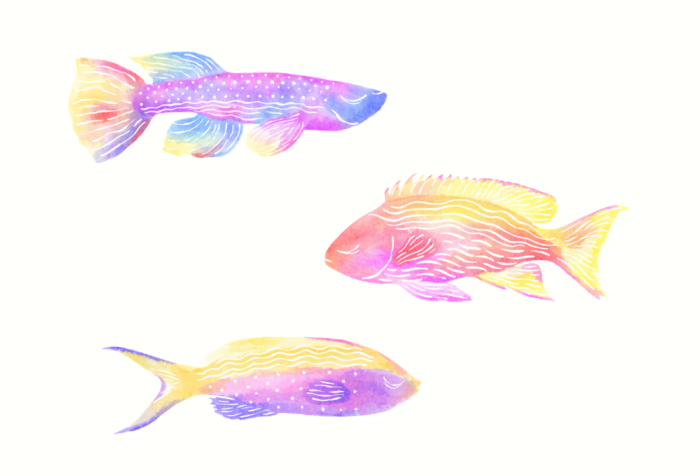